issues with heads in multiplayer VR 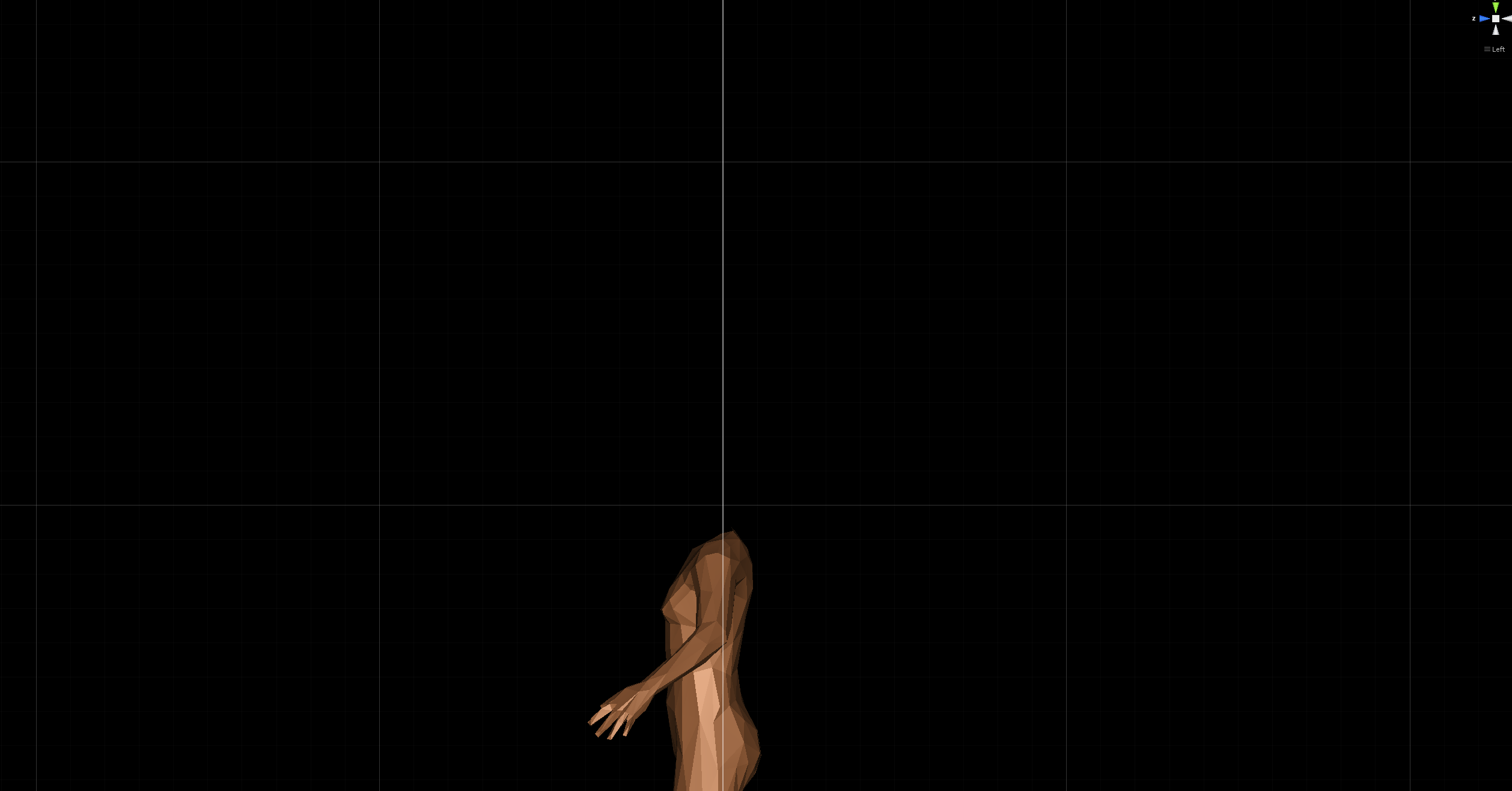 One thing I found really challenging about creating a multiplayer VR game was the players' bodies. I decided to accept that I was going against what seemed to be best practice in VR by allowing the player to see their entire body rather than just floating hands. I realized that no one's arms would match up well enough with the lengths of the avatar's arms to feel like they were one and the same. I wanted the player to be able to see the variety of bodies that they could inhabit.

Once I moved from mobile VR to the free-movement desktop VR, I realized I needed to do something about the heads... it didn't work if you could see the facial geometry from certain angles. I decided to chop off the heads. This worked for the solo player, but not so well for the other players. So for each body type, I had to include two bodies: one to be seen over the network, and one to be seen by the player, and both had to be animated the same way. Also, the one with the head, that couldn't be seen by it's own player, had to be visible when the player was having an out-of-body experience, as well as visible to the light system so that you didn't cast a headless shadow.

Ideally, the head would have just been a separate object that is either visible or invisible, but that doesn't work well with rigging and skinning...

There might be a more ideal solution, but this worked.

An autonomous entity that communicates through weather and time