A downloadable game for Windows, macOS, and Linux

Visit the cremation site of Pol Pot as a sleepwalker. Interpret the world your character is inhabiting by their gestures and brief glimpses inside their head.

This game does not have an ending until you decide to leave. Game time is connected to the current real time in Cambodia.

The real life cremation site of Pol Pot in Cho-Am* is a place of contradictory spiritual and political significance. As a "good-luck" shrine, offerings are continuously left by visitors who hope to have assistance in their prayers from a main architect of the Cambodian auto-genocide. One of these visitors, a Thai businessman, constructed a hand-made spirit house at the site as thanks for Pol Pot appearing in a dream to him and giving him winning lottery numbers.

This is a way of dealing with the memory and presence of someone responsible for pain and destruction that is outside of the realm of forgiveness and punishment.

The site itself, across from a casino in a small town on the border with Thailand, in the region of Anlong Veng (a previous base of the Khmer Rouge), has very little aside from a tin roof covering a mound of dirt where Pol Pot's ashes used to be, a burn bin, a couple of spirit houses, and a hut near the entrance where a guard (the wife of a former Khmer Rouge general) sits and takes admission payment. It is an otherwise empty area with a powerful history.

Much of the experience of the site takes place in one's head.

"The actions themselves are recognizable, familiar, and affecting, but alien . . . ." - Daniel Fries, Kill Screen

"The chilled out tone and ethereal texture of the game suggest a certain degree of pensiveness and maybe even transcendence. [ . . . It] captures some complex and not altogether noble feelings evoked by engaging with historical trauma of this magnitude. It's difficult to wrap one's head around, and feels far away, and yet there's the lingering phantom of something terrible just out of view." - Lana Polansky, Sufficiently Human

Selected for Games and Playful Media Exhibition at A MAZE. / Johannesburg 2016 and Signification exhibit at A1LabArts in Knoxville, TN.  Featured in Weird Fucking Games Vol. L: The city is not sleeping (2018). Also exhibited at solo and 3-person shows in Rockville, MD:  Procedural Experience at VisArts (2017), and In Play, Flow, and Ritual at King Street Gallery (2018).

* Normally transliterated as Choam, this less common spelling helps with pronunciation. Also CHOAM appears to be thing in the world of Dune.

Thanks for making this game. It was very intense and I even dreamt about it. I wrote an article about games and genocide in Cambodia on my blog about games from Southeast Asia: https://virtualseablog.wordpress.com

Thanks, I love to hear that! I'm glad that it infested your dreams :)

Just writing to say I'm going to d/l again and will let you know the outcome - thanks for checking :

working fine with Windows - thanks again :)

(this was really, very affecting and interesting. I need to play this several more times I think. To what extent is the cremation site in the game build reflective of the 'actual' cremation site, in terms of size, layout, etc?)

Thanks for the feedback! I'm glad you got to play. The size and layout are generally similar to the actual location, with the cremation site itself being a short distance from the road and the sign and guard's shack being near the entrance. None of the locations are entirely fixed—the tiles have random heights and vegetation is distributed randomly, and the landmarks have general locations that they are randomly placed within. I wanted to play with making the site semi-procedural to see if this made it feel more alive.

I'm still working on the Windows issue... this sounds like a common problem in Unity 5.3. I'm attempting different exports with certain libraries removed and player settings changed. I'll repost the files when it looks like it's working.

Alright, I've got a working Windows build. Had to drag the project over to Windows and re-export, exporting a Windows build from Mac isn't working.

hey. this looks very interesting but I am having some difficulties with the Win version. On opening the .exe I get a "Could..... not preload global game manager #0 i=0" error, which may be due to the file compression or zip.

Oh, thank you for the feedback! I'll check out the issue with the Windows version.

It's working now (my last reply didn't seem to go through). Thanks again for pointing this out! 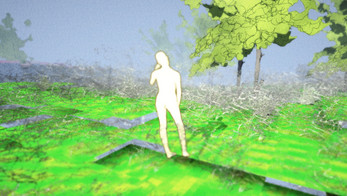 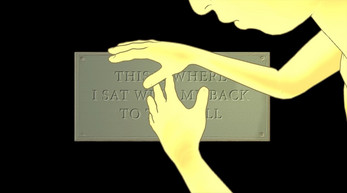 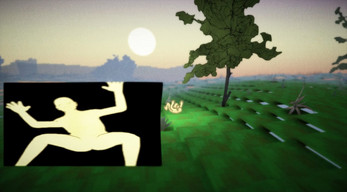 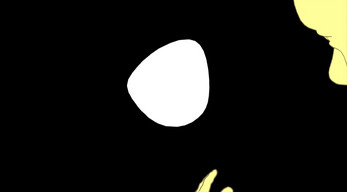 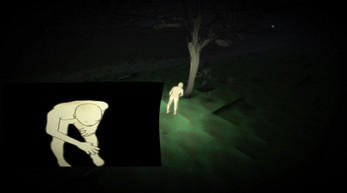